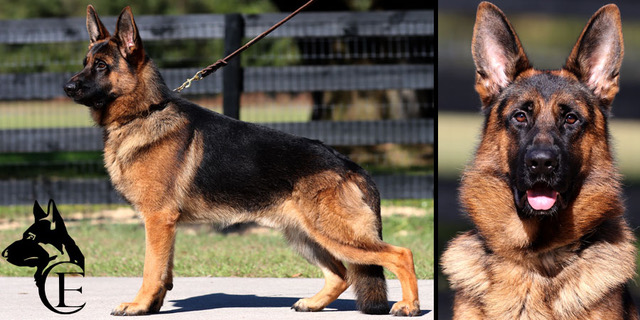 Whether you keep an eye on the future of German Shepherds or not, with just one look, you can see that Idol is one that can ROCK a crowd. Idol has a well-developed structure and pigmentation that he loves to show off in the ring. Accompanying his great looks is a calm and relaxed demeanor that makes him a superstar to work around. After meeting Idol you seeing how much potential he still has. It is clear to see how he could easily be the next SUPERSTAR! Idol would make an incredible addition to any home or the show ring!

The father of Idol is a stunning male named Nero v. Ghattas. Nero is an incredible male who is rising in the show world at an incredible rate. In 2021 he took placed VA4 at the BSZS as well as holds his IPO3 and KKL. We're excited to see what his next big move will be! His father is a well-known male named Gary vom HuHnegrab, and he is simply stunning. Gary has rich pigmentation, flawless movement, and a very masculine structured head. He holds titles in VA1(BSZS'17), IPO3 and KKL. Gary is a wonderful representation of World Champion breeding and good genetics. His father was the VA1 (BSZS) Omen vom Radhaus who is titled in SCHH3 and KKL. Omen brings pigmentation, stamina, and movement to a whole other level. This dog glides when he gates and has proven countless times that he passes this trait down. Many of Omens puppies have become sought out for breeding programs around the world.

The mother of Idol is a beautiful female named Luise Haus Wityk. Luise has a feminine structure that allows her to glide across the ring simply. This can be seen in her V rating and her IPO1 and KKL. Her father is stunning Adel von Edelweiss. Adel can stand toe to toe with the best of them when it comes to looks. He has deep pigmentation and powerful movement that help him to stand out in any field. Adel has achieved more V ratings than you can count on your hands. Suse von der Weißenburg is the mother of Luise, and you can clearly see where she gets her beautiful feminine structure and movement. Suse has also competed at the top and has a V rating to show for it. Adel and Luise were a wonderful combination, and you can see these great genetics passed down the lines. 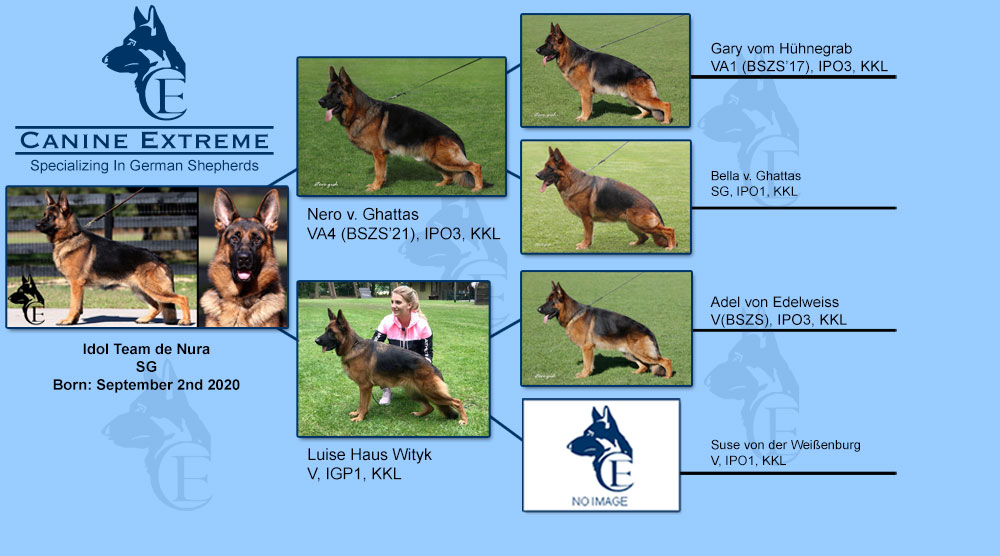 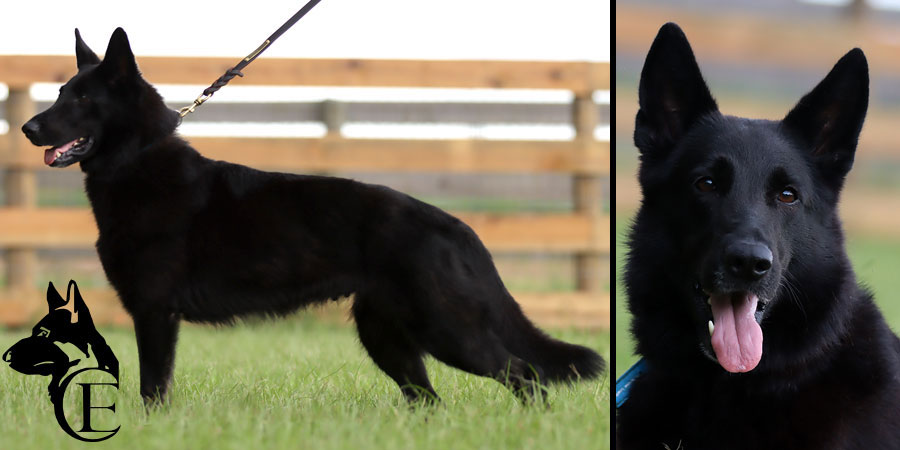