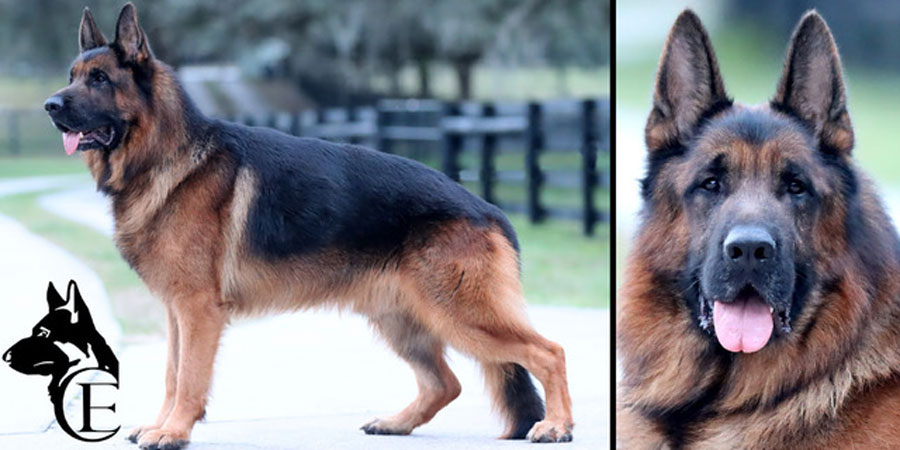 Xaro is an incredible male who shows that the sky is the limit. He has been a dog who can stand out in any crowd from a young age. Xaro has a masculine structure and deep pigmentation that make him a stunning dog and one that can catch anyone's eyes. He loves to show off what he can do, and when it comes to working, he loves when all eyes are on him. He has earned countless titles, including his V rating and his IGP2. Xaro maintains a clear head and fantastic temperament, making him an incredible partner with whom to go on any adventure.

Falco v. Farhantal is the father of Xaro, and you can clearly see where he gets his good looks. Falco is a stunning male with an impressive structure and powerful movement. He holds countless titles, including his VA rating and numerous V ratings. His impressive feats don't stop there as Falco also has his IGP3 rating, and just by watching him, you can see how he earned it. The father of Falco is another fantastic male named Freddi von Modithor. Freddi is a well-known male in the German Shepherd world not only for his incredible feats, which include obtaining his IPO3 and V rating at the BSZS, but also for his progeny. When looking at his progeny, you can see that his genetics have the ability to stand at the top, with more than a handful of his progeny going on to achieve their V rating as well.

The mother of Xaro is a beautiful female named Ussi v. Maikhus. Ussi has a feminine structure and fluid movement that make her a pleasure to watch in the right. When her movement and structure are paired with her pigmentation, you can see it all come together. As you look deeper into her pedigree, you will see his father Landos vom Quartier Latin as well as his grandfather Furbo degli Achei. Both Landos and Furbo are incredible males who have made names for themselves in the show world. Landos has achieved his V rating, and Furbo has claimed his V9(BSZS'09). The mother of Ussi is another incredible female named Nera di Casa Nobili. When looking at Nera you can see where Ussi gets the feminine characteristics that help her stand out. Nera has a wonderful structure that is being passed down to her progeny, with 4 achieving their V rating. 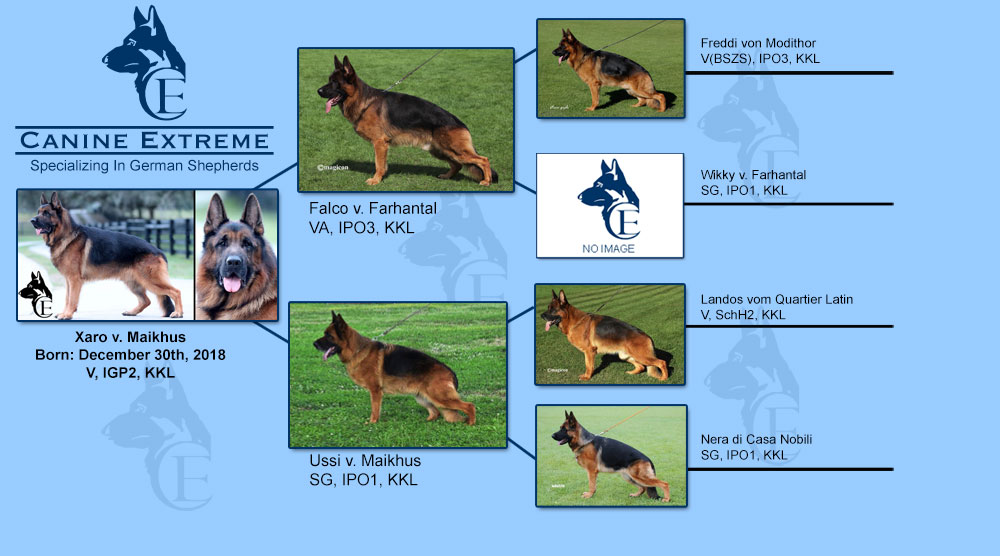